MBBS Exam With Other Additional Make A Doctor.The government in the National Medical Commission Bill has suggested that students have to clear the National Licentiate Examination (NLE) after completing graduation (MBBS) to practice in different medical colleges. The NLE will also serve as NEET for admission in post graduate courses. NITI Aayog proposed to introduce NLE
In the draft bill, the National Institution for Transforming India (NITI) Aayog gives the proposal for new tests and having uniform academic and examination standards for around 450 medical colleges in the countryFor the first time, NITI Aayog suggested to introduce NLE to evaluate graduates from medical colleges, though its draft bill agrees with the view of Supreme Court on NEET, to be the only test for entry into medical colleges across India.
The quality of education in medical college is the main concerA senior member of NITI Aayog said, “The quality of education in medical college is an area of concern.””We felt that the test will force the institutions to introduce quality as questions would be raised if a large number of students fail to clear the test. Only those who clear the test will get license to practise,” he told HT Read More Details In Image 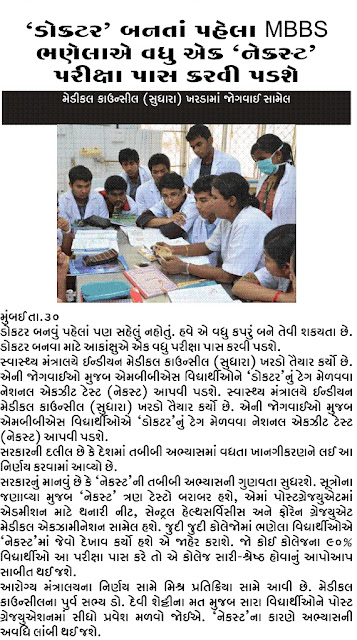