Chief Minister Vijay Rupani has announced a Rs. In which electricity bill up to 100 units is waived. 20% rebate on annual property tax. He will pay 10% rebate to the corporation till July 31. While 6 months road tax has been waived.

Dr. The package was announced based on the recommendations of Hasmukh Adhia’s committee
Former Finance Secretary to the Government of India Dr. The committee formed by the state government under the chairmanship of Hasmukh Adhia was formed to suggest the recommendations of the Economic Revival. The committee submitted its interim report to the state government three days ago. The package has been announced as a result of a comprehensive in-depth study of the report and a marathon meeting of state ministers, senior secretaries, social leaders, industry and trade associations, representatives of various sections of the society.

Rs. Details of Gujarat Self Reliance Package of Rs. 14022 crore

Property tax, electricity bill and vehicle tax waiver and relief (Rs. 2300 crore) Commercial units will be given 20% waiver in payment of annual property tax for the year 2020-21. The Rs 600 crore waiver will benefit an estimated 23 lakh commercial units in the state. In which property tax due for the year 2020-21 of all residential properties in the urban area will be waived 10% if it is paid by 31st July 2020. This will benefit an estimated 72 lakh property holders and give them Rs. 144 crore relief.

100 unit electricity bill waived once A

waiver It has been decided to waive the fixed charge of Rs . From which a total of Rs. 200 crore charge will be waived. In addition, electricity customers with HT (industrial) connection will be charged a fixed charge of Rs. In order not to incur the burden of Rs.

Various small shops like grocery, textile, readymade garments, medical store, hardware, coloring, provisional store, cutlery, bakery, stationery, mobile shops, garages, shopping centers and malls as well as various services like lawyers, chartered account, travel Shopkeepers running agencies, transport offices, coaching classes, photo studios, beauty parlors, salons did not receive income due to the lockdown during the Corona epidemic. Therefore, for the purpose of giving them financial relief, the electricity tax for the three months of June, July and August will be reduced from 20 per cent to 15 per cent. This will benefit about 30 lakh shopkeepers / traders / artisans of the state. Under this, Rs. 80 crore financial relief will be given.

The lockdown has had a major impact on the business of private luxury buses (contract carriage buses) and jeeps, taxis (maxi cabs) etc. In such circumstances, they will be given full exemption in paying road tax for 6 months from 1st April 2020 to 30th September 2020. Under which Rs. 221 crore road tax exemption.

Temporary power connection to contractors for government works In

addition, temporary power connections are provided to contractors for government works in the state’s roads and departments like building, irrigation, water supply and Narmada. As the work of the project was stopped during the lockdown, the fixed electricity bill charged during this period will be waived and assistance of Rs. 3 crore will be provided.

Incentive subsidy of Rs 3,038 crore for industries and businesses

Capital and interest subsidy of Rs 768 crore will be paid by July 31, 2020 to accelerate industrial activity in the state which has slowed down due to the epidemic of Kovid-19. This will give a big relief to the industries from the financial congestion

VAT and GST refund of Rs 1,200 crore to traders

for 65000 families under Solar Roof Top Scheme. The subsidy of Rs 190 crore will be given by July 31, 2020. Through Gujarat Agro-Industries Corporation, Agro and Food Processing Units have been provided Rs. 90 crore capital and interest subsidy will be given by 31st July 2020.

New Delhi. Finance Minister Nirmala Sitharaman is announcing the second phase of the breakup of the Rs 20 lakh crore relief package. The finance minister said today that 9 important announcements would be made for overseas laborers, street vendors, small traders and farmers. In the first phase, many advertisements were made for small businesses, real estate, organized sector workers and others. 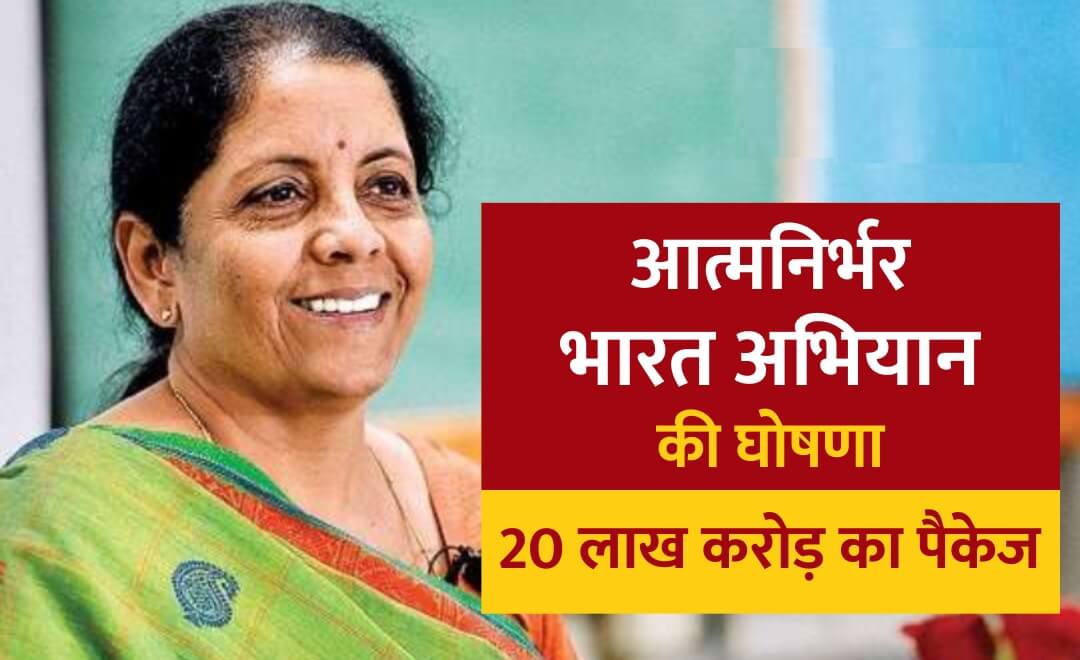 The finance minister said 3 crore farmers took loans at cheap interest rates. He took an agricultural loan of Rs 4 lakh crore. 63 lakh agricultural loans were given in March-April. It was 86 thousand 600 crores. This benefited the farmers. The central government has increased financial assistance to the states for the purchase of crops by Rs 6,700 crore. Rs 4200 crore has been provided for infrastructure development in rural areas.

The interest subvention scheme for small farmers has been extended till May 31.

According to sources, the finance minister’s focus on Thursday may be on giving cash and free food. Advertisements for the poor were made by the government in late March at the start of the lockdown. This will be an expanded version of it. At the beginning of the lockdown, the government had announced to provide 5 kg more wheat-rice and 1 kg dal to 80 crore needy people for three months under Pradhan Mantri Anna Yojana.

The next focus on the rural economy

A senior government official involved in the discussion on Prime Minister Narendra Modi’s Rs 20 lakh crore self-sufficient India package on Tuesday said the announcements about MSMEs have been completed. Now the government’s next focus will be on the poor and rural economy. Later some measures may be taken for the middle class and for other sectors.

Many sectors are badly affected by covid

“One by one, we will cover every sector and stakeholders,” said another official. The sectors most affected by Kovid-19 include hospitality, tourism, aviation, logistics, e-commerce and automobiles.