The state government has announced that schools and colleges in the state will remain closed till August 15. The government has made arrangements to educate the children through online classes and TV channels at home so that their learning is not disrupted. On Saturday, state education minister Bhupendrasinh Chudasama warned schools not to push for fees until September, saying legal action would be taken against anyone who pushed for school fees or other expenses. Chudasama recalled the agreement reached with the self-governing schools and hinted that action would be taken if parents had to raise fees before September. 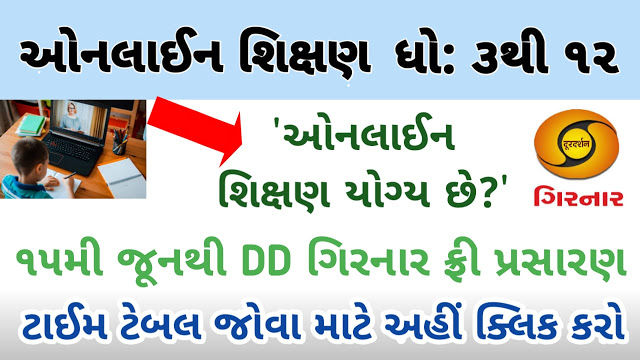 Chudasama said some parents had complained that schools were forcing them to pay fees. The state education department negotiated with the schools in April and reached an agreement with the administrators not to increase fees during the current academic year. It was also decided to accept the fee in the same way even if the parents do not pay the fee till the month of September and do not put any pressure on the parents. Bhupendrasinh Chudasama said that if schools push for fees, action will be taken against them.

Monday morning std. Home learning will start from 3 to 12

Education Minister Chudasama said that education will be imparted to students through digital medium. DD Girnar and Byseg through Vande Mataram Channel Std. Education will be given to students from 3 to 12. Chief Minister Vijay Rupani will inaugurate the ‘Home Learning Program’ on June 15 at 8 am at DD Girnar. Literature will be delivered to students who do not have digital facilities. Each school has a cluster of 35 students, which teachers will call and ask every day.