Who Discovered Cut, Copy and Paste? What if there were no cut, copy and paste that was an essential part of the computer? Can’t even imagine … because these options are our handiwork, making things easier. The name of the person giving us these urgent options is Larry Tesler. He was a computer scientist who died at the age of 74.

Who Discovered Cut, Copy and Paste?

Laurie began working on computers in the 1960s. This was a time when people in the world didn’t even know what a computer was. He spent most of his career at Xerox Company. When he died, the Xerox company paid tribute, saying that the cut, copy, paste and find, and the father of Xerox, and Larry Tesler, a former Xerox researcher, had passed away. 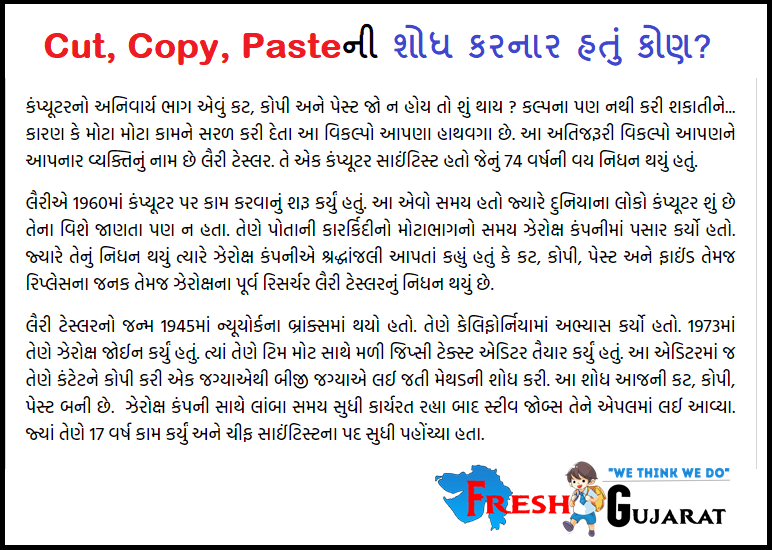 Larry Tesler was born in 1945 in the Bronx, New York. He studied in California. In 1973 he launched Xerox. There he created a gypsy text editor with Tim Mott. It was in this editor that he copied the content and looked for a method to move it from place to place. This quest has become today’s cut, copy, paste. After a long stint with the Xerox company, Steve Jobs brought it to Apple. Where he worked for 17 years and rose to the rank of Chief Scientist.

What is cut copy and paste explain with example?